The more you study the moon, the more you will become aware that it is an orb of mystery – a great luminous cyclops that swings around the earth as though it were keeping a celestial eye on human affairs.
- Frank Edwards, science writer


No, the moon ain't romantic, it's intimidating as hell.
- Tom Waits 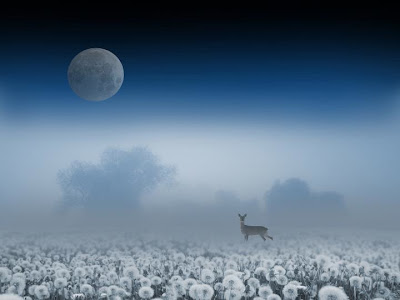 I planned on loving the moon all of my life, and then I found out it was hollowed out and brought here by aliens.

I no longer love the moon, but I am certainly many times more fascinated by it than when I thought it was simply a dead rock whipping through space alongside cousin Earth.

Isaac Asimov wrote over 500 books in the science fiction and science genres. He wrote science books that explained, to regular people like you and me, chemistry, astronomy, physics, pulsars, quasars, Jupiter, Venus, the sun, the earth, the moon, and the possibility of extraterrestrial life.

"What in blazes is our moon doing way out there? It's too far out to be a true satellite of Earth . . . It's too big to have been captured by the earth. The chances of such a capture having been effected and the moon then having taken up a nearly circular orbit about the earth are too small to make such an eventuality credible. . . . But, then, if the moon is neither a true satellite of the earth nor a captured one, what is it?" – Isaac Asimov, Asimov on Astronomy," Doubleday, 1974; Mercury Press 1963; also quoted in Don Wilson's book, Our Mysterious Spaceship Moon (1975).

This means that the moon cannot have come from (broken off from) the earth, which is only 4.54 billion years old.

2) On November 20, 1969, the Apollo 12 crew jettisoned their lunar module ascent stage causing it to crash onto the moon. The impact (about 40 miles from the Apollo 12 landing site) created an artificial moonquake with startling characteristics: the moon reverberated like a bell for more than an hour. This phenomenon was repeated with Apollo 13, which allowed its third stage to impact the moon, with even more startling results. Seismic instruments recorded that the reverberations lasted for three hours and twenty minutes and traveled to a depth of twenty-five miles.

This means that the moon has an unusually light, or possibly no, core.

What does this mean? In 1962, NASA scientist Dr. Gordon MacDonald stated, "If the astronomical data are reduced, it is found that the data require that the interior of the moon is more like a hollow than a homogeneous sphere."

4) Earth's moon is the only moon in the solar system that has an almost perfectly circular (though still technically elliptical) orbit.


A nearly circular orbit indicates that the moon was probably not captured naturally by the earth, because the orbit of a captured satellite is always substantially elliptical, for a reason that makes itself apparent with thought.

5) Earth's moon is the only moon in the solar system that has a stationary (non-spinning) orbit. The same side of the moon always faces the earth.

6) Earth's moon's center of mass is about 6,000 feet closer to the earth than its geometric center, which should cause wobbling.

We may ask: What force or intelligence placed the moon in orbit with its unique nearly circular orbit, lack of spin, and lack of wobble?

"As outrageous as the Moon-Is-a-Spaceship[-Brought-Here-By-Aliens] Theory is, [it] is the only theory that is supported by all of the data, and there are no data that contradict this theory."
- "Strange Moon Facts," Ronald Regehr

An important book on the subject of the moon's arrival in orbit around Earth is Cosmological Ice Ages, by Henry Kroll. Here is Henry's video summarizing his book's findings.


More strange facts about the moon can be found here and here.

The most important film about the moon, "Moon Rising," by Jose Escamilla.

Our Moon Was Preceded by a Smaller Moon

At the time Tiahuanaco (in present-day Bolivia) flourished, approximately 12,000 years (or more) into the past, our moon was not yet in orbit around earth.

Symbols on a wall in the Courtyard of Kalasasaya, near the city of Tiahuanaco, assert that the moon came into orbit around the earth between 11,500 and 13,000 years ago.

The Tiahuanaco Calendar Gate (also known as the Tiahuanaco Sun Gate), was decoded in the 1940s and early 1950s by P. Allan and H.S. Bellamy. Their book, "The Calendar of Tiajuanaco," was published by Faber and Faber in 1956.

The Calendar Gate tells the story of our previous (smaller) moon.

"At the time Tiahuanaco flourished the present moon was not yet the companion of our earth but was still an independent exterior planet. There was another satellite moving around our earth then, rather close – 5.9 terrestrial radii, center to center; our present moon being at 60 radii. Because of its closeness it [the previous moon] moved around the earth more quickly than our planet rotated. Therefore it rose in the west and set in the east (like Mars' satellite Phobos), and so caused a great number of solar eclipses, 37 in one "twelfth," or 447 in one "solar year." . . . These groupings (37, 447) are shown in the sculpture, with many corroborating cross-references. Different symbols show when these solar eclipses, which were of some duration, occurred: at sunrise, at noon, at sunset.


"[The calendar] also gives the beginning of the year, the days of the equinoxes and solstices, the incidence of the two intercalary days, information on the obliquity of the ecliptic (then about 16.5 degrees; now 23.5) and on Tiahuanaco's latitude (then about 10 degrees; now 16.27), and many other astronomical and geographical references from which interesting and important data may be calculated or inferred by us."
- "Tiahuanaco"

The Zulu Legend about the Moon

The following two paragraphs are adapted from Justin Mazza's article, "The Moon Is a Death Star":

The Zulu people believe the moon to be hollow. According to Zulu legend, the moon was brought here hundreds of generations ago by two brothers, Wowane and Mpanku. They are known as the water brothers because they had scaly skin like a fish. (This story is similar to the Mesopotamia and Sumerian accounts about the two brothers Enlil and Enki.)  Zulu legend tells of Wowane and Mpanku stealing the moon in the form of an egg from the "Great Fire Dragon" and emptying out the yolk until it was hollow.  They then "rolled" the moon across the sky to the earth and caused cataclysmic events on this planet (the end of the Golden Age).

Zulu legend says that the earth was very different before the moon arrived. There were no seasons and the planet was permanently surrounded by a canopy of water vapor. People did not feel the fierce glare of the sun that we do now and they could only view it through a watery mist.  The earth was a beautiful place, a gentle place, lush and green with a gentle drizzle and mist, and the sun's fury was not there. (This corroborates the geological and paleontological evidence that the Sahara desert was once green.) The water canopy fell to the earth as a deluge of rain when the moon was put into place in the earth's orbit, correlating with the Biblical rain of 40 days and 40 nights.

What Does This Mean?

I guess it's time for a poem.